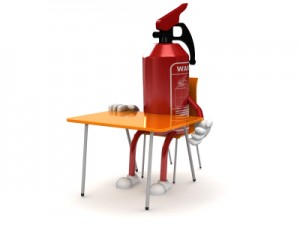 Government figures put the average cost of school fires between 2000 and 2004 at £58 million per year, but research shows that many fires are not reported, at least to the emergency services, particularly if they go out by themselves, or are put out by staff. The Arson Prevention Bureau published research in 1998 showing that more than a half of all school fires fell into this category and that the total cost of unreported fires was likely to be significant.

Our own Mick Daly says: "The jury is still out on the installation of sprinklers, but it will come. I'm convinced sprinklers will be obligatory in all public buildings and private homes before too long."