Nigel gets his BAFE certificate 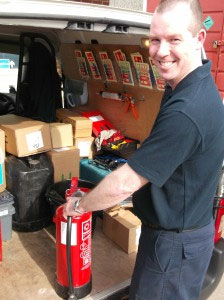